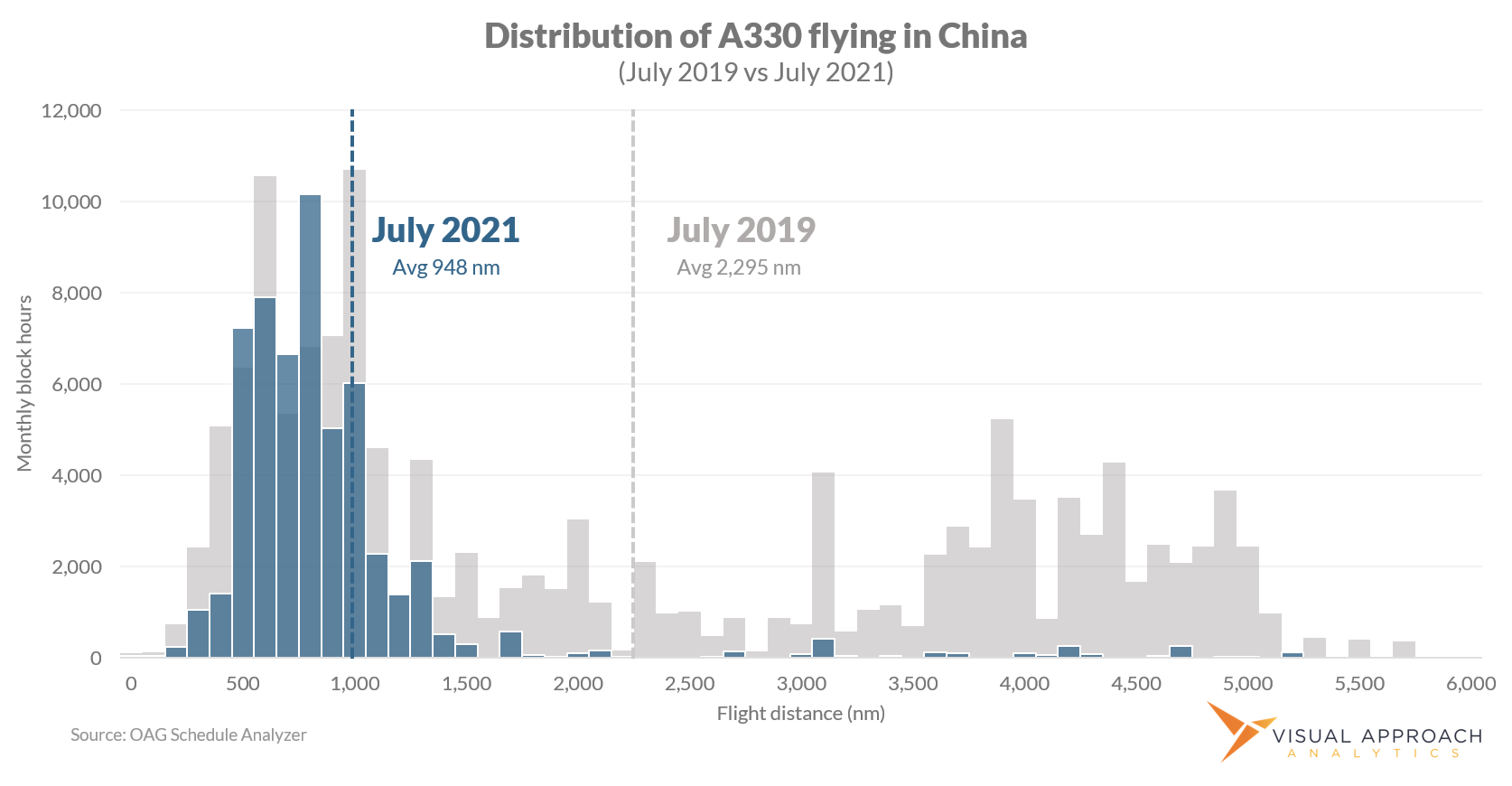 Receive this analysis, plus two others delivered to your inbox each week. 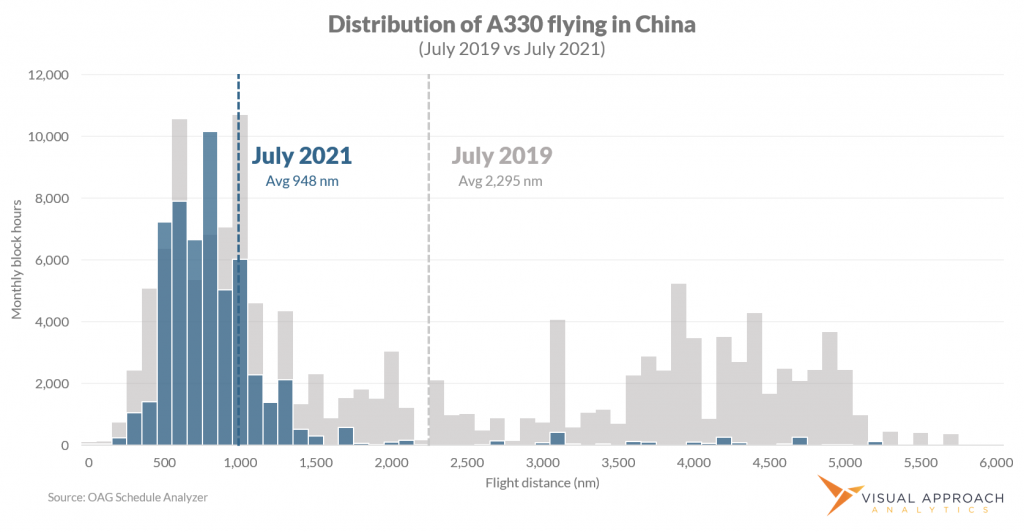 The recovery of passenger traffic post-pandemic has surpassed all other major aviation markets. Even so, this recovery has taken place largely absent of international travel. What, then, to do with the fleet of wide-body aircraft without distant markets to which to fly?

The answer likely lies in another challenge for the country – the unfilled capacity expected from the 737 Max which has not yet been recertified to operate within China. A robust domestic network finds itself with insufficient capacity, while an anemic long-haul market remains flush with aircraft.

The reason for this is simple: the longest domestic route possible in China is well under 3,000 miles, relegating the aircraft to a very different profile than originally anticipated. With this change in flying comes new challenges to expected hour/cycle ratios, potentially affecting maintenance schedules for the aircraft.

For China, using the wide-body as a major provider of domestic lift makes perfect sense. People are traveling domestically, among some of the cities with the highest population density in the world. The A330 is plentiful, and configured with enough seats to satisfy the number of passengers, even if to destinations only a fraction of the distance the aircraft was originally designed to fly.