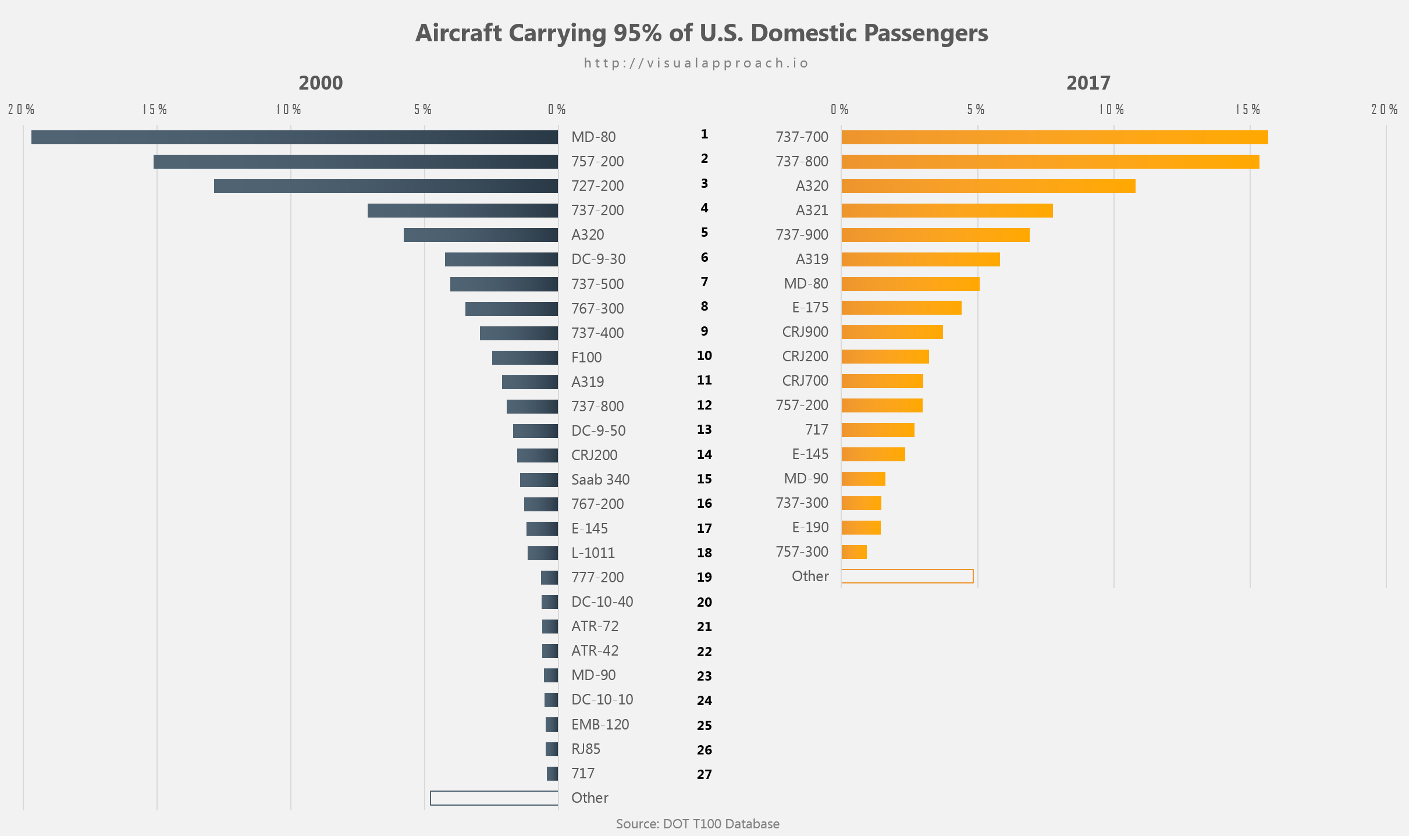 A quick nostalgic chart this week as we look back on the difference in fleet composition between 2017 and 2000.  The days of finding variety in fleets is quickly fading.  If you are traveling within the U.S., you have a 2 in 3 chance of being on a 737 or A320 family aircraft.  The writing has been on the wall for several years, however domestic wide-bodies are now largely a thing of the past.

In 2000, there were 27 aircraft types that flew 95% of the domestic traffic, while last year that number was only 18.  This trend looks to  continue as the MD-80s and small RJs are retired, and replacement aircraft continue to be more of the same.

As nostalgic as it is to look back on the many fleet types we had to choose from a few decades ago, of course there are reasons for the decline in variety.  Chief among those is fleet commonality however, as we have analyzed several times, the cost benefits of fleet commonality does eventually come with a revenue penalty.

From the legacy side, the United system operates 11 of the 18 fleet types that make up 95% of the domestic traffic, and the American system operates 12.  Delta wins the fleet medley award of 2017, having flown 16 of the 18 aircraft types carrying the top 95% of the domestic traffic, and they will be extending the variety with the introduction of the C Series.