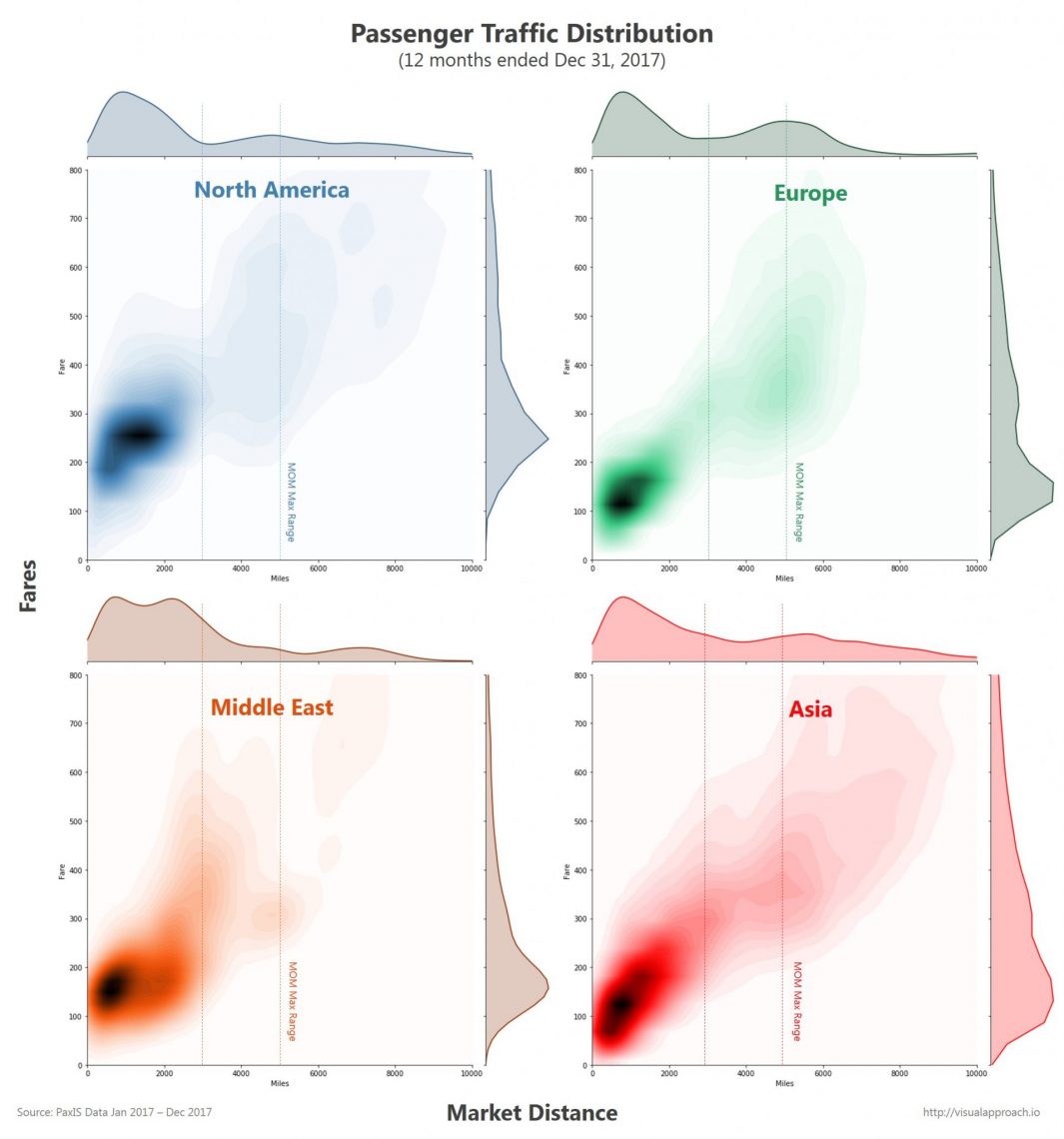 It is impossible to please everyone.  Boeing is certainly being reminded of this as they define the market for the upcoming Middle of the Market aircraft, widely anticipated to become the 797.

Looking at the distributions in passenger demand across four key markets for the aircraft, the subtleties of each market become apparent.  North America, which is the largest market responsible for about 40% of the world’s air travel, needs a consistent trans-Atlantic aircraft.  This dynamic of the North American market becomes apparent when looking at the upper-left chart.  Most passengers travel either less than 3,000 miles (domestic) or greater than 4,000 miles (typically trans-Atlantic).  Since the current narrow-bodies can reliably fly to head-wind markets as far as 3,000 miles, it stands to reason the 797 will find its sweet spot with ranges beyond that.  The range of the aircraft is expected to be approximately 5,000 miles, as speculated in a compelling article by Jon Ostrower.  This would allow the bulk of the North American trans-Atlantic traffic to be within range, a requirement that is clearly influencing the design of the aircraft. 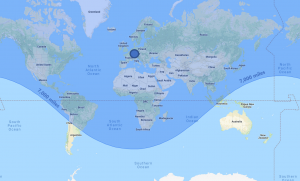 Europe sees similar flows, since they obviously share the same traffic from the opposite side of the Atlantic.  It should be no surprise that traffic from Europe quickly falls away after 7,000 miles since 7,000 miles from Europe puts you in the middle of any ocean other than the Arctic. The lone exception is the Australian market, which while significant, is not enough to sway the large amounts of traffic emanating from the continent.

Likewise, in Asia, the small peak in longer-haul flights occurs around 6,000 miles;  further than the expected range of the aircraft.  Of course it is possible to design an aircraft with 6,000 mile range to capture these markets, however the compromises required in terms of weight and size will likely drag the 797 into competition with the A330, and Boeing’s own 787.  This is somewhat corroborated by the rumors that the Asian carriers would like to see better cargo and passenger capacity over range, a request directly at odds with the North American and European carriers.

This is nothing new, of course.  Each aircraft design has been forced to make compromises to find the best positioning in the market.  We typically focus on the outcome of the design, rather than the market for which it is being created.  Boeing will certainly be studying the different market dynamics before they commit the final design to the 797.