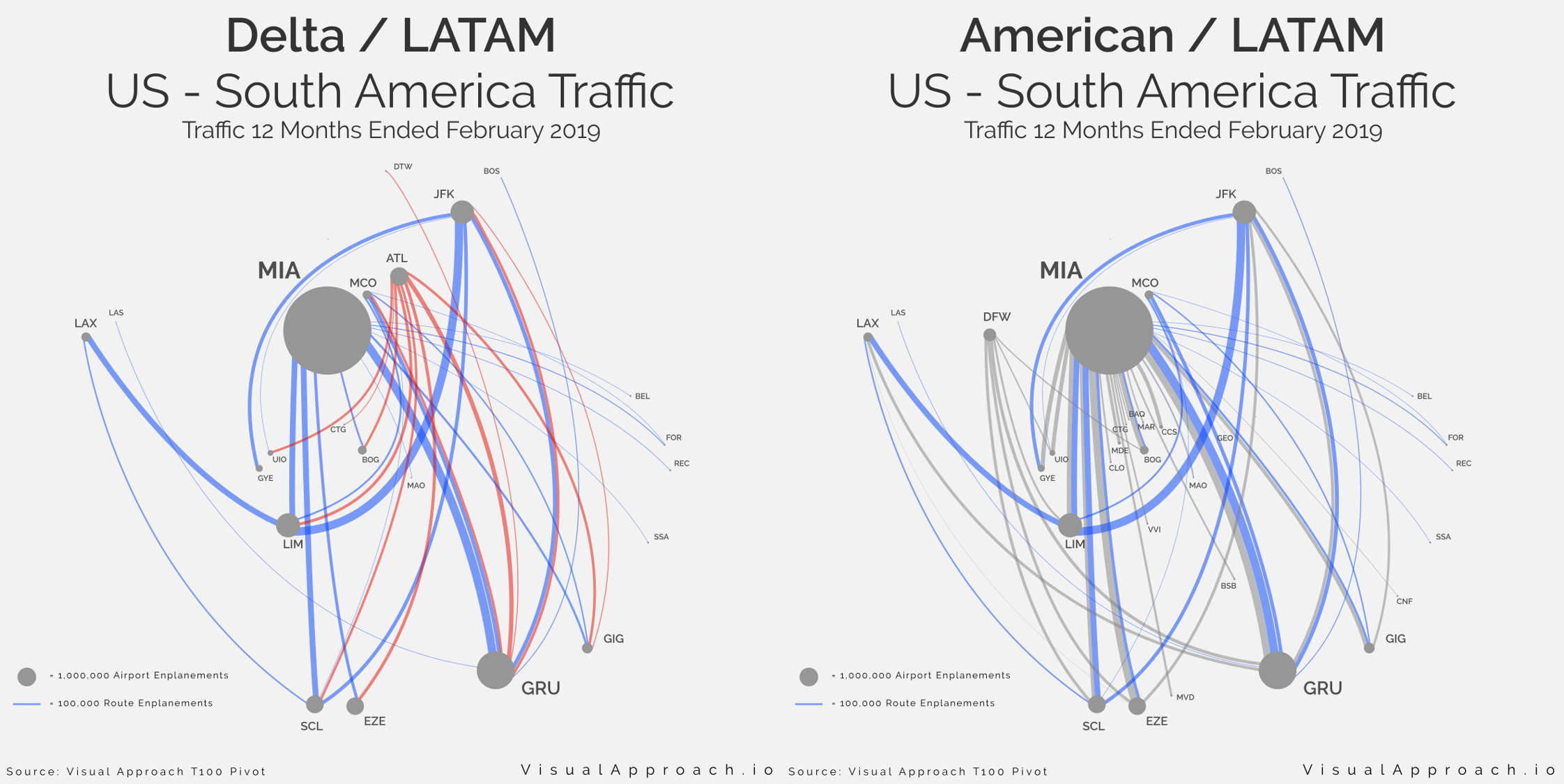 LATAM is leaving American for Delta. Boom. Just like that.

On Friday, it was announced that Delta would acquire 20% of LATAM and take assignment of 14 A350s originally destined for LATAM. In exchange, Delta will receive the best Latin American code-share partner U.S. dollars can buy.

This week, we focus on LATAM, and how their U.S. network compares to both the incoming, and the out-going partner.

LATAM’s network to the U.S. is built around American. With the vast majority of the capacity destined for Miami, the partnership is obvious: Miami dominates Latin America connectivity. American dominates Miami.

LATAM cannot leave Miami, partner or no partner. It is far too large of an origin and destination market. LATAM’s new partner currently has no international presence in Miami. They will need to build some.

The new landscape for LATAM to the U.S. will look very different. With U.S. networks touching in only Orlando and JFK, much work will need to be done to bring the new partners’ networks together.

Delta, American, and LATAM all have some work to do. This is going to be an interesting ride.