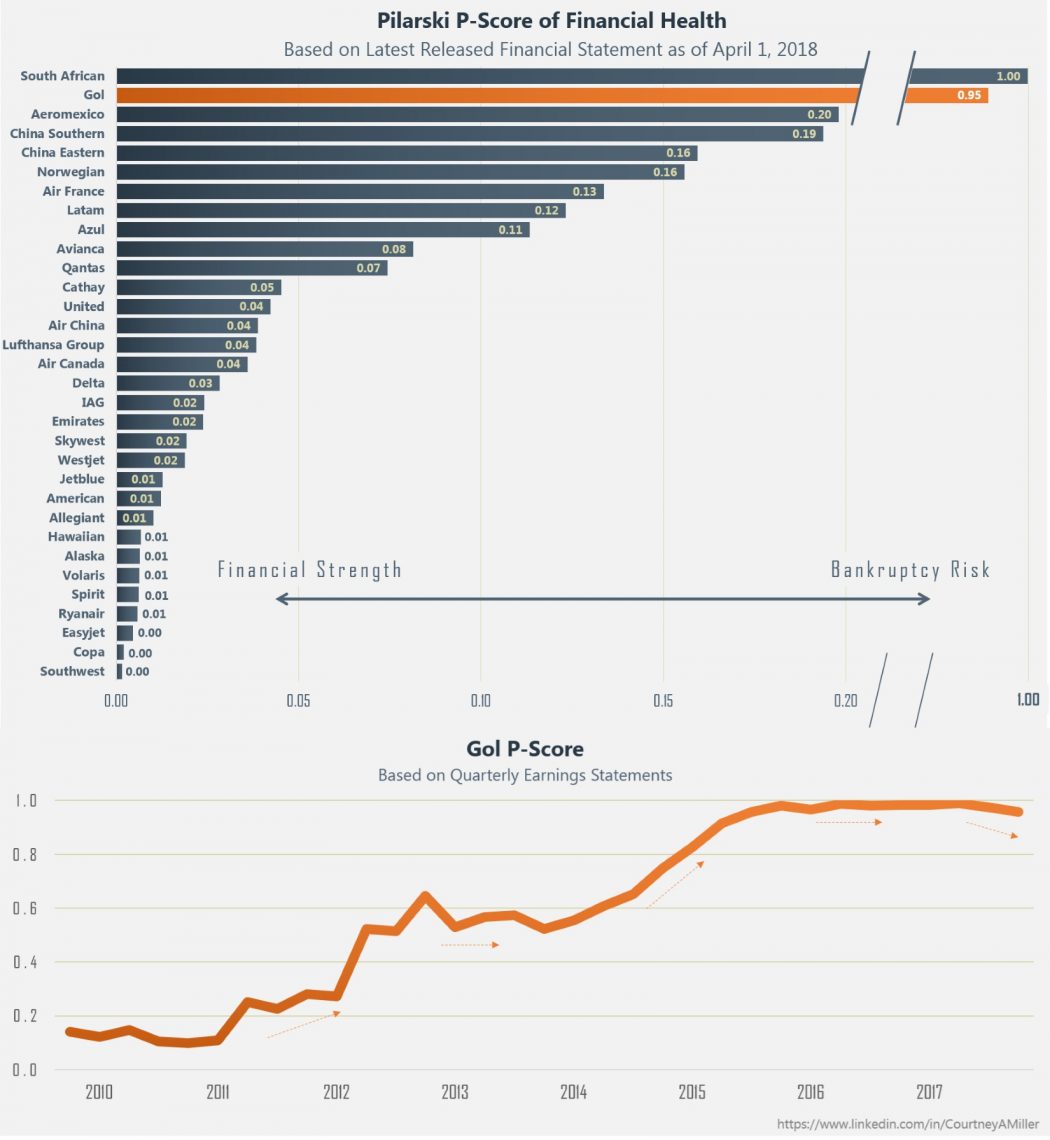 #ChartoftheWeek – Scoring the Financial Health of the Airlines and the Challenges at Gol.

There are many different ratios and indexes to measure company health, however this week we focus on the Pilarski P-Score.  Based on the same methodology as the better known Altman-Z score, Pilarski and team calibrated their model to the airline industry.  In a nutshell, the P-Score measures ratios from the income statement and balance sheet to determine a score, which can be loosely translated to the percentage risk of bankruptcy.

Focusing on Latin America, the economy has been challenging the past three years, particularly so in Brazil.  While most airlines have leveraged their balance sheets during the difficult times, Gol appears worst on this list (aside from South African, who would be long insolvent if it weren’t for the government ownership).

Looking at how Gol’s financial health has evolved tells a bit of a different story.  Highly leveraged with too much capacity, Gol has begun backing away from the cliff and trending in a positive direction.  Profits have returned and the task of cleaning the balance sheet has begun.  Gol proves a great example that snapshots of financial health are useful, but the trend is just as important.