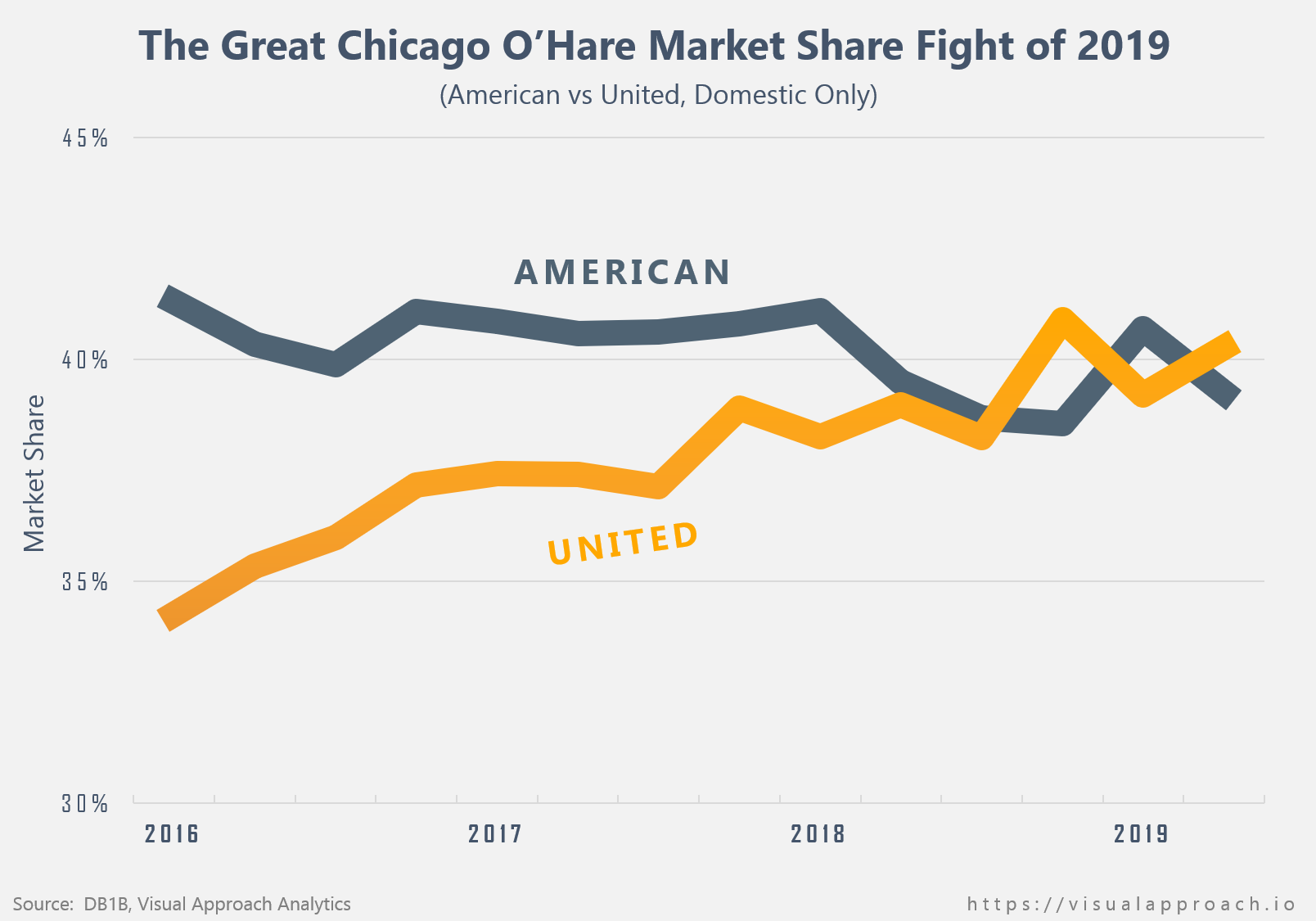 Who controls the Chicago O’Hare domestic market? The answer is complicated. Until as recently as Q4 2018, the answer has surprisingly been American… not United. And it hasn’t even been close. In fact, American enjoyed a 7 point advantage over United as early as Q1 2016, in United’s own back yard.

When asked how United has changed in the past two years with the new management, I often point to the ORD example. Most don’t realize two things:

Looking at capacity share, United has long held the crown at O’Hare. However, it isn’t until recently that United has begun adding smaller markets with regional jets from ORD to boost that point-of-sale presence.

The end result is a new old battleground in Chicago. American will continue to compete fiercely, and we may see the lines shift several times before an end-state is found.

The lines in the Chicago fight have been drawn. Who will win is still to be determined, but what we do know is we find the fight for the ORD passenger will continue to rage.

There are many terms and theories for the competitive nature of the Chicago market. We believe each is best summed up as such: It’s on like Donkey Kong.