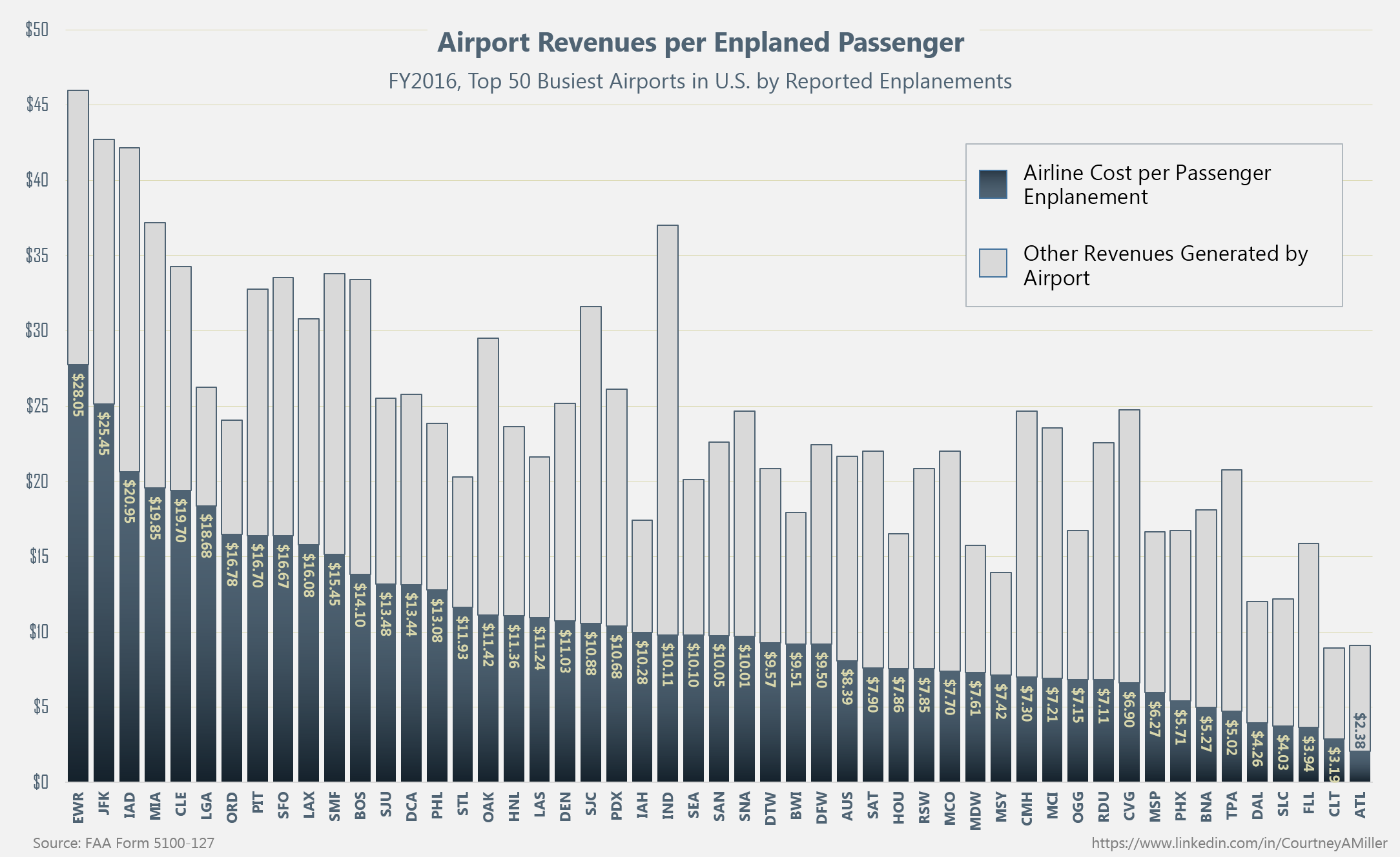 Interesting #ChartoftheWeek – Which Airports are the most expensive per passenger, and which are able to offset those fees with other revenues?

This week we dive into the publicly available airport financials to understand how the various U.S. airports cover their costs.  Airline cost per enplaned passenger represents the average fees charged to the airlines per passenger who boarded an aircraft at that airport.  This is an average and doesn’t mean every airline paid an identical amount.  Various agreements are reached between individual airports and airlines that include signatory and non-signatory carriers.

This does not include any other costs an airline may pay, including parking, fuel tax, landing fees, etc. Further revenues from cargo handling, parking lots, concessions, and hotels can be used to help offset the passenger fees.

The average airline cost per enplaned passenger is shown along with the other revenues the airport is generating to help offset that number.  IND is a great example of an expensive airport with relatively low enplanements, but with a FedEx hub that helps mitigate the cost to the airline, and subsequently the passenger.  Meanwhile CLE is seeing relatively high fees per passenger, but limited revenues from other sources.